I am an animal person. I have an affinity for all animals but especially dogs. I don’t think I’ve ever met a dog I didn’t like. My mom took in a homeless dog a few years ago and I liked the dog very much although she didn’t have him for long. When I visited my mom, the dog used to sit between me and my mother so we would absentmindedly pet him as we talked for hours. I don’t think the dog had gotten much love in his life until then, because he loved the attention we lavished on him.

One night I had a dream about my mother’s dog which I thought was very strange. I dreamed that I opened my pantry door and there sat the dog. I was so surprised, and I said in my dream, “Hello why are you here?”. The dog looked up at me with so much love and I understood that he was there to thank me for my kindness to him and say hello.

The next morning the dream was so clear in my mind when I woke up. Every detail stood out so clear that I’m thinking it was likely an out of body experience and mom’s dog was really there to say hello.

Mom called that evening in tears. She said that the dog had been killed while chasing a car earlier in the afternoon. She had rushed him to the veterinarian, but he didn’t make it. My heart was broken when I heard the news.

I knew then that the dog had come to say goodbye to me the night before he was killed. I didn’t understand why he would come to me the night before the accident while he was still alive but that’s how it happened. I’ve since read of other pre-death occurrences with people but never a dog. It makes me feel good to know that, just like humans, animals are eternal too. 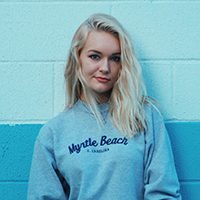 Hypnotize Yourself: Awaken Your Mind How to Make Healthy Structured Water for your Body, Mind and Energy

A Visit from Mr Clean

I am so happy that you’ve become an author on Sovereign Abilities, Jillian! Your posts are really good and fit perfectly with the topic of the website. Welcome! I am an animal lover too and your post really touched my love for all my fur babies that have gone home. I miss them all and I sure hope to see them all again when I too go home. I’m so happy you’ve joined as a writer!

Thank you, Vickie! I have a website to link but I’m not finished with it yet. I like the pictures you used!

Thank you! I love finding nice pictures that make an impact on the posts. I have your author box online so just update your profile with your links when you’re ready and welcome to the site!

I had a dog named Tux that I got before his eyes were open, bottle fed, I was the only mother he knew, he developed diabetes and lived 9 yrs, but I had him put to sleep as he was hurting and crying…a part of me went with him when he died. He is buried in back yard with a light over his grave, solar, burns all night. I cannot have another dog at 80, not fair to the dog, he was a Chi/Ratterrier. I cried for two days when he left here, I still cry when I dwell too much on him. I have pics that i would love to post here…how? Thnks

My dog and cats have always felt more like family to me too, Ric. I would love to see Tux. I think you just click the little image on the bottom right of the comment box and browse for your picture.

My grandmother feels the same way about getting another dog. She is 87 and she doesn’t know how much time she has left and wouldn’t want to leave her dog with anyone but herself.

Do I have to link my social media to my profile? It’s really for my business and I don’t want to mix the two.

No, you can share as much as you feel comfortable with, Jillian. I can understand why you wouldn’t want to mix the two.

Thanks Jillian. Suspect the dog came to you the night before as he knew his time was up. Animals, especially domestic ones, have many of the psychic abilities we humans do. Do not doubt that you dog pal knew exactly what he/she was doing.

Thank you, Gordon. He must have known he was leaving and being a former stray dog I think he really appreciated all the love we gave him. It’s good to know that animals have souls too.

Vic, had to change name, so confusing, too many computers!
I will post now as Ric Harris or Richard. It will keep me logged in now I think.
lya, Ric

Pls change me to Author, now listed as member. Sorry for confusion.

Jillian is right just click the small picture on the right bottom and browse for your upload. Let me know if you have any other problems, Richard.

New! Out of Body Self-Hypnosis Technique

Want to start meditating but don't know where to start?