I was doing a QHHT type of session one day with a very receptive friend. I used Dolores Cannon’s method but I had made it my own by then. I had learned a lot of additional hypnosis so this session was a kind of hybrid.

We went into his past lives but each time we arrived he went right to his death scene. We moved along to other lives but no matter what technique I tried, we arrived right on the death scene in each life.

I decided to change technique and go to his life after physical death; his life between lives. He began to talk in a low voice telling me what he was seeing.

He described a soft white light ahead and he was drifting towards it. He said that he felt a joy within him as he got closer to the light. It was all very familiar.

As he drifted right before the light, he stopped. He said that the light was so bright it hurt his eyes. It took a few minutes before he could continue describing what he was experiencing. I wish my eyes could have seen what he was seeing at that moment in time.

When he could speak again he said that the source of the light was coming from light beings as far as he could see. There were so many that he was almost blinded. The ones in front were holding hands and gave him a message.

They said, “you are not ready for this lesson. This would cause too much confusion in your life at this time. You are not ready to explore lives between lives. You hold fear and some beliefs about physical death that you need to explore first.” 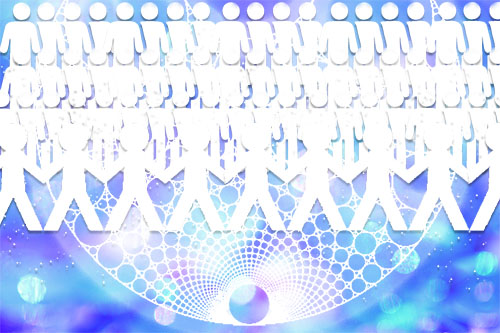 Then my friend just went silent and I counted him back up to this reality. He felt relaxed and told me again exactly what he had experienced. He remembered every detail as if he had been in a comfortable movie theater just watching a vivid bright movie.

Consciousness knows what we are ready to understand, and when. The picture my friend painted in my head of those bright bodies has stayed with me. I wonder if these might be the same people that are seen in near death experiences? The ones that block the way and send us back when it’s not yet time for physical death?

A Journey into my Soul: My Ayahuasca Experience